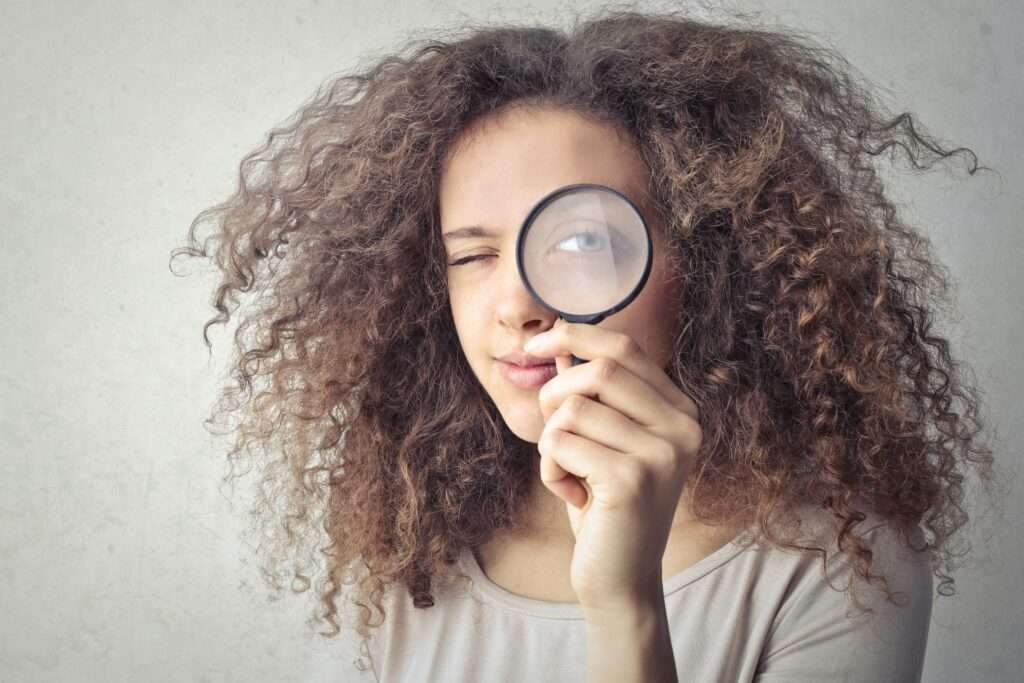 Taking an enneagram test is a big step if you want to learn more about yourself. An enneagram test can help you to understand yourself better and learn about your weaknesses and strengths. Besides, by learning your enneagram type, you may also discover your compatibility with the rest of the enneagram personalities in order to form long, stable and healthy relationships. Now, once you have taken the enneagram test and gotten ram personality, you may want to acquire further involved with each enneagram personality, you may want to acquire further information about your type. A myriad of questions may appear all of a sudden: Which enneagram is the rarest and why? Is there a top three list of the rarest enneagram types? Although there are many theories and many sites related to the different enneagram personalities, there is not enough information about the most and the least common ones. Most of the theories found are usually based on personal experiences and opinions, which can make the information inaccurate or untrustworthy. However, some surveys with most accurate information backed by data and statistics can be found.

Which are the rarest Enneagram types? And Why? 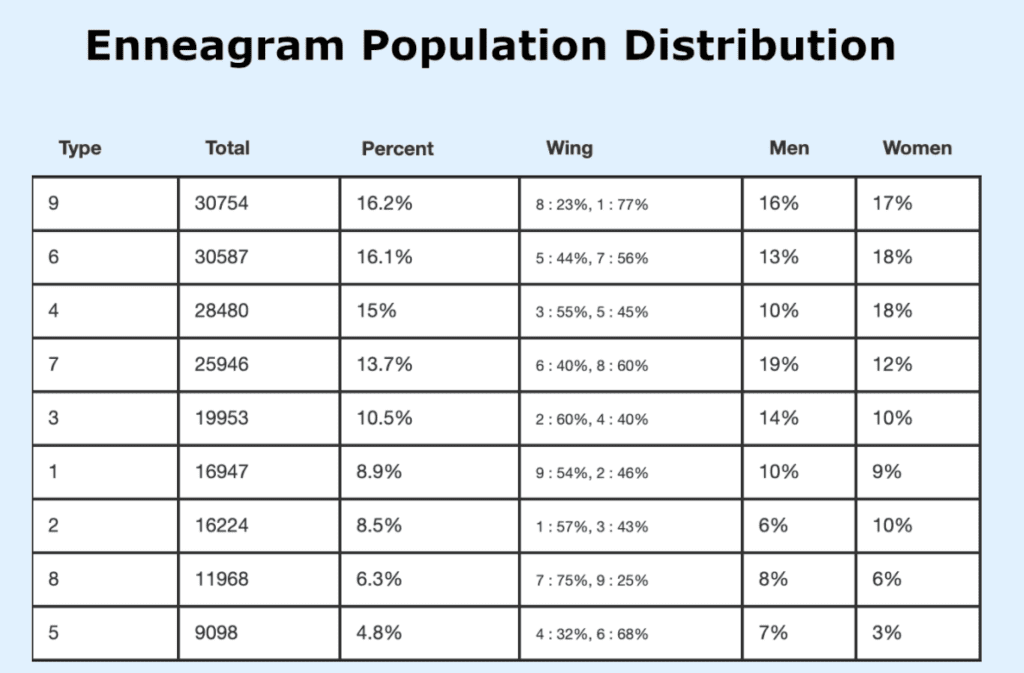 It is important to explain what we mean when we talk about “the rarest enneagram type”. You have probably noticed that the words usual and unusual have been extensively used in this text. Those words have nothing to do with the particular characteristics of each type since each enneagram type has its own particularities and characteristics that makes them a unique and special one. However, when it comes to surveys, several numbers may suggest that some enneagram personalities are far more usual than others. In this sense, after looking at the table it is possible to say that Enneagrams type 9 are far more common than Enneagrams type 5 which makes type 9s the commonest and type 5s the rarest enneagram types. Besides, it is also important to take into account that an enneagram type is not only defined by the personality traits that are generally attributed to them (since many of those characteristics vary according to their health level), but also by their avoidance compulsion. It can sometimes be considered the heart of any enneagram type: From people’s compulsion, together with their centers of motivation, their mechanisms of defense can be deduced and interpreted. Although most of it can happen on an unconscious level, the main objective of enneagram tests is to help humans become aware of these traits in order to help their own personal growth. If this happens, a person of any enneagram personality may develop all the positive qualities of any type and be a positive influence to both themselves and others.

Which Is the Rarest Enneagram Type?

Some time ago Doctor Emmet Brown,the Investigator, said that If you put your mind to it, you can accomplish anything and nothing can stop you. “There’s no pain, no limitations, no nos”. Enneagrams 5 think similarly to Dr. Brown since they are determined people interested in continuous learning and the acquisition of new knowledge. They are usually innovative people who enjoy investigating and gathering as much information as they can. Besides, types 5 have the ability to build complex ideas and to learn new skills. Information is power to them and that is why they feel the need to increase their reservoir of knowledge. Although their thirst for knowledge is generally something good, it can be a problem for them since it can sometimes distract them from what they have to do.

Several surveys suggest that the rarest enneagram type is Enneagram type 5. They are known as “Investigators”, which can give us a hint of why they are so rare within the population. Their name equates their thirst for knowledge. They are curious, interested and inquiring people who don’t want to be known much. They are usually independent people who seek to keep their distance. Besides, they don’t feel comfortable when they share too much of themselves. That’s the reason why they prefer not to say more than what is necessarily required. So, you might find yourself wondering one more time which enneagram is the rarest. It is definitely Enneagram type 5. The above mentioned characteristics make 5s difficult to find and difficult to identify within the population. These types of individuals are generally stigmatized as introverts: they tend to be a bit secretive and hence this may be one of the reasons for their rareness and why they prefer not to step into the spotlight. As said before, you should keep in mind that the term “rarest” doesn’t have anything to do with their characteristics or particularities. This type is just considered the rarest enneagram type of all since the number of people that take part of this category is really low.

The main fear of this enneagram type is to become useless: having no skills or knowledge. They are used to being knowledgeable people and the idea of looking like a fool terrifies them. They can’t stand the idea of not being competent in any field of life. This fear is not associated with their need to show off but it is related to their need to feel confident as regards what they know and makes them stand out from others.

The main desire of this enneagram type stems from their main fear: the fear of not being competent. Their main desire is to learn as much as they can in order to feel competent and skilled in different areas of interest which will make them stand out from others. They yearn for differentiation and appreciation. Besides, they want to stand out among others for the particular knowledge they possess and the skills they can employ. It gives them, in a way, a particular sense of capability and assurance.

Which Enneagram Is the Rarest? Why?